Things Are Heating Up! 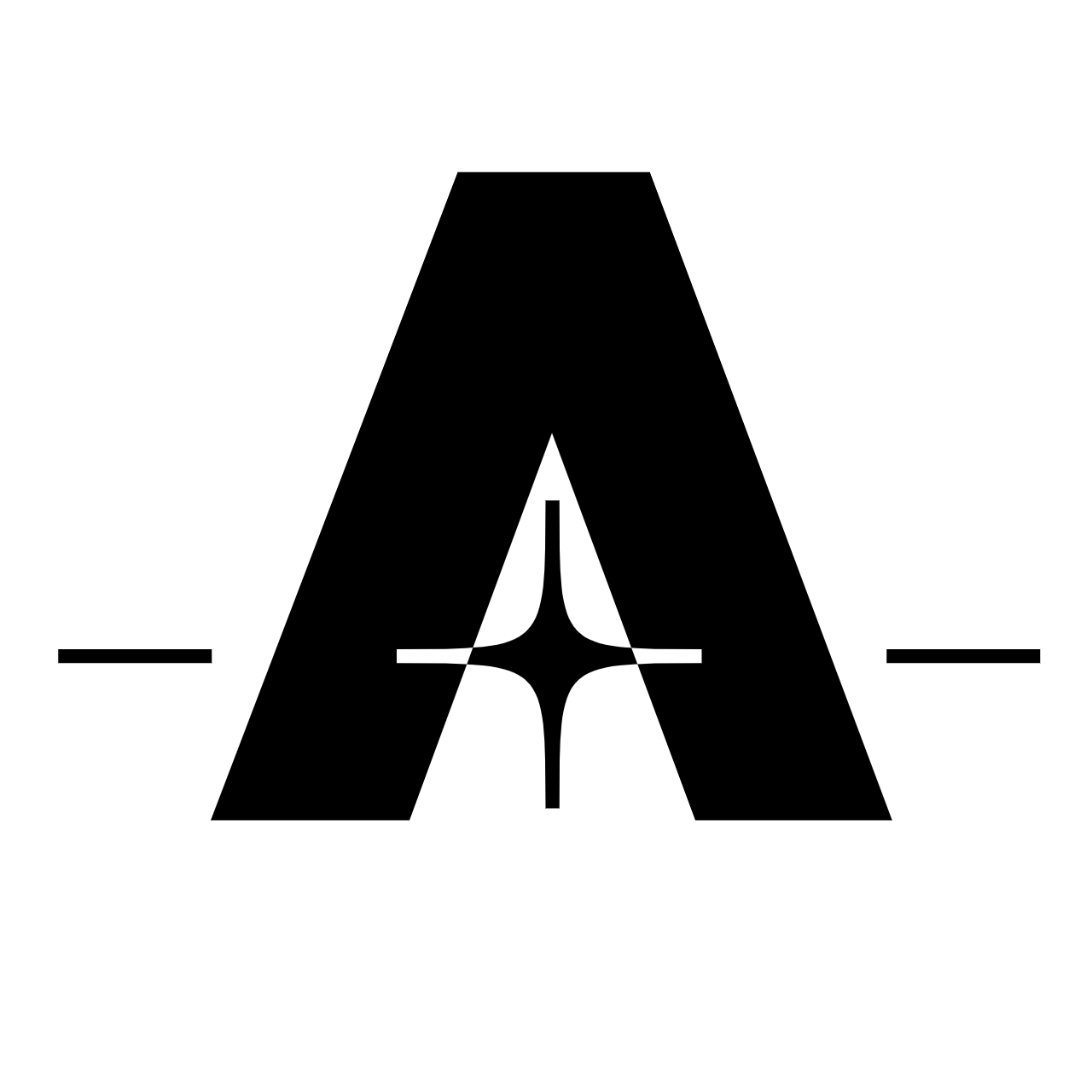 You've heard all about our 10cm visible imagery, now it's time to warm up to the idea of co-collected 2 meter LWIR Thermal Imagery!

What is thermal imagery?

Maybe you’ve seen the Predator’s thermal vision from the Predator movies?  Or FLIR (”forward looking infrared”) video from a military aircraft, commercial drone, or a phone attachment? The hotter something is, the brighter it appears in the image. That’s what we’re talking about, from space.

Anything with a temperature emits light (photons), and the frequency (or wavelength) of that light depends upon the temperature of the object. This is governed by Planck’s Law of black-body radiation, which uses Kelvin (K) for temperature units.

At lower temperatures, in addition to the emitted light being far lower in intensity, the wavelength is also much longer (note the change in the x-axis). For an object at 300K (27°C, 80°F), the peak wavelength of the emitted photons is at 10 microns (10,000 nm). Albedo’s thermal imaging capability is centered about 10 microns in the “long wave infrared” (or “LWIR”) part of the electromagnetic spectrum. Based upon these black-body radiation physics and the everyday temperatures these wavelengths are sensitive to, it is frequently referred to as “thermal infrared”.

While we have a drone that we operate with this sort of sensor on it, we know that operating this sensor from space is going to behave differently. Thus we’ve taken a different approach to how we’re showing you what we expect our thermal imagery to be capable of. For our visible imagery examples, we started with aerial imagery. For thermal imagery, we use an entirely physics-simulated process.

We want to be clear about this: this is entirely computer generated imagery, to avoid any confusion about where this scene exists. This is not Hollywood CGI made artistically to wow your eyes, this is physics-accurate rigorously modeled imagery using the validated and widely used DIRSIG toolset developed by the Rochester Institute of Technology.

The temperature behavior of each object in the scene is modeled, and the emissivity of each material is used to determine the wavelength and intensity of thermal photon emission. These photons are propagated through the atmosphere to the simulated Albedo satellite, where an end-to-end optical and image chain simulation calculates photons at the sensor and through to digital number output, using all of our best estimates for each performance term.

We also use the exact same model and process to generate corresponding visible imagery. We have focused on the radiometric accuracy of this modeling over the photorealism of the resulting visible imagery so that we can ensure we do not misrepresent what Albedo thermal imagery is capable of.

First, let’s familiarize ourselves with what this scene looks like in the much more familiar visible spectrum. This imagery has the same image chain simulation and image processing applied as in our simulated visible imagery examples, however instead of starting with extremely high resolution aerial imagery, we start with the DIRSIG computer model and then apply all of those remaining steps to make it as representative as possible.

There are five MiG-25 fighter jets: two parked in the center and right, one pulling out on the left, one emerging from the hangar on the left in the shadows and one taking off (can tell this due to its shadow being further from the plane).

There is a larger Boeing passenger plane in the center. There’s a helicopter on the pad on the top right.

There is a water tower on the right side of the eight generators (lighter color), that is bare aluminum. To the left, there is an airport surveillance radar tower, which is mostly thin metal scaffolding / truss structure that is painted black.

The three buildings each have different roof materials and thermal properties.

Most of the scene is grass, with concrete in the middle of the scene (the airport apron or taxiway) and a runway asphalt in the top of the scene which behaves differently thermally than concrete.

This is the baseline scene, with all aircraft turned off.

You can see the temperature difference between the grass, apron/taxiway concrete, and runway asphalt (the latter difference being more subtle).

The three MiG-25s on the apron/taxiway read as hotter due to their darker body paint, but their shadows read as cooler.  The shadow of the plane taking off in the top right does not read as cooler because it is moving very quickly and not present long enough to cause the runway asphalt to cool.

The water tower on the right is very hot: think of a bare aluminum playground slide on a hot sunny day. The radar tower on the left is cooler, as it has low thermal mass and conductivity (a truss/scaffolding) and is painted a gray paint that has lower solar absorption.

In the bank of generators, the two on the right are operating, and show as clearly warmer than the non-operating generators to the left.

The most exciting part of what Albedo is developing is that we are co-collecting this high resolution thermal imagery with 10 cm resolution visible imagery.  This allows us to fuse these products without worrying about complex adjustments for different viewing angles or different times of day between visible and thermal imaging. “What is this hot spot?” is a lot more clear when you have 10 cm visible imagery to lay it over.

Here is an early prototype of combining the two data sources. The detail in the planes, generator bank, and helicopter come across much more clearly in this Visible-Sharpened Thermal product.

A powerful aspect of using synthetic imagery is that we control the truth of the scene, and thus can change properties like engines being on, or generators running, and see what that change looks like in the image.

In this image, the engines on two of the MiG-25 fighter jets are now on: the one pulling out on the left, and the one taking off in the top right. There is a clear hot spot present compared to the other jets.

For this next case, the jet engines beneath the Boeing passenger plane are turned on. We notice that our imagery is not quite sensitive enough to notice the change in temperature at the front of the engines, however the very hot exhaust of the jet turbines is heating up the horizontal stabilizers on the tail of the aircraft. This is hard to notice in thermal imagery alone, but when combined with 10 cm resolution visible imagery, the hotter portion of the tail is distinctive.

In another case we ran, we evaluated just the blades of the helicopter being warmer. Further validating that there is a limit to the capabilities of our system, that change was also too small and subtle to be detected in our imagery.

In this animation, we alter the temperature of the top right generator (of the bank of 8) in the simulated scene to see its effect in the synthetic imagery, sweeping it from 320K (47°C, 116°F) to 360K (87°C, 188°F). We have labeled what the truth temperature in the simulation was (this is not intended to represent any temperature measurement accuracy of the system).

A noticeable change is present between each incremental step, illustrating our system’s temperature sensitivity. The top right generator’s heat signature is distinguishable from the bottom right generator, as well as the other six off generators to the left, illustrating our system’s spatial resolution. The change in response across the unchanging areas of the scene is showing the noise of the system.

At high temperatures, we see the automatic gain control of the sensor expanding the dynamic range to handle the hottest temperatures. We are still developing our algorithms to produce output products for your use that maintain dynamic range across such conditions.

Very pretty! But what can it be used for?

Compared to 70-meter resolution thermal available today, without co-collected visible imagery, Albedo is bringing a very novel capability to market with a huge breadth of potential applications.  We have a lot of ideas already for how this might be used, but we’re hoping you can tell us more!

We think there’s tremendous utility for Albedo’s co-collected ultra high-resolution visible imagery and its high-resolution thermal imagery.  Here are a few ideas that have jumped out at us so far:

Please reach out and let us know how you might want to use Albedo’s thermal imagery capability!

Interested in our imagery? Subscribe to our updates.
Thank you! Your submission has been received!
Oops! Something went wrong while submitting the form.
By signing up you agree to our Terms & Conditions